‘Oggy was a street dog in Greece. When she was about 12 months old she was shot in the street and left to die. When she was found, she had been lying in the gutter for over 2 days. Her back leg had been shattered by over 30 shotgun pellets. Fortunately she was taken to Greek Animal Rescue, and despite her dreadful injuries, the vet thought she deserved a chance. He amputated her back leg and removed as many of the pellets as he could. She came to the UK to be rehomed with us just a few weeks later.

Despite the fact that she had never lived in a house until she arrived in the UK, she was toilet trained and had immaculate manners with our ancient resident cats. Over the past six years she has adapted to living with three legs brilliantly. Despite her horrendous experiences she is very friendly and gentle and even gets on well with our guinea pigs. The only time she gets agitated is when she sees any man in a fluorescent jacket on a motorbike – we think she is trying to build up a photofit of her shooter for us!’ 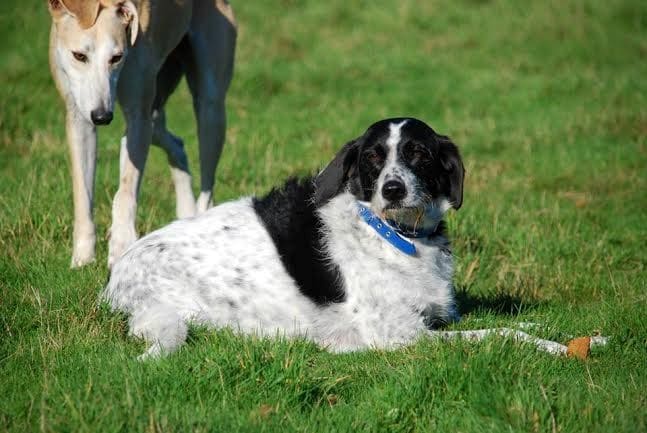 Ready to give your dog a safe and fun place to spend the day? Get in touch now