Elsa was brought to the shelter as a puppy having been found abandoned on a street in Athens. It is believed she was beaten either with a bar or pole. After X Rays etc the vets felt she had not suffered neurological damage and was hospitalised until she was well enough to go to shelter.

When she arrived at the shelter she remained chained to a tree as the shelters are not permitted to put up fixed buildings. I believed she had been chained up for about a year when I saw her and she was homed to June and Brian about 5 months later.

Despite sounding so awful it is actually a lovely shelter run by a group of very dedicated woman who love the dogs very much and whose aim is that hopefully every dog will find its home. Sadly, because Elsa wasn’t a tiny puppy, not particularly cute and fluffy, and had a dented head she had absolutely no chance of being homed in Greece.’ 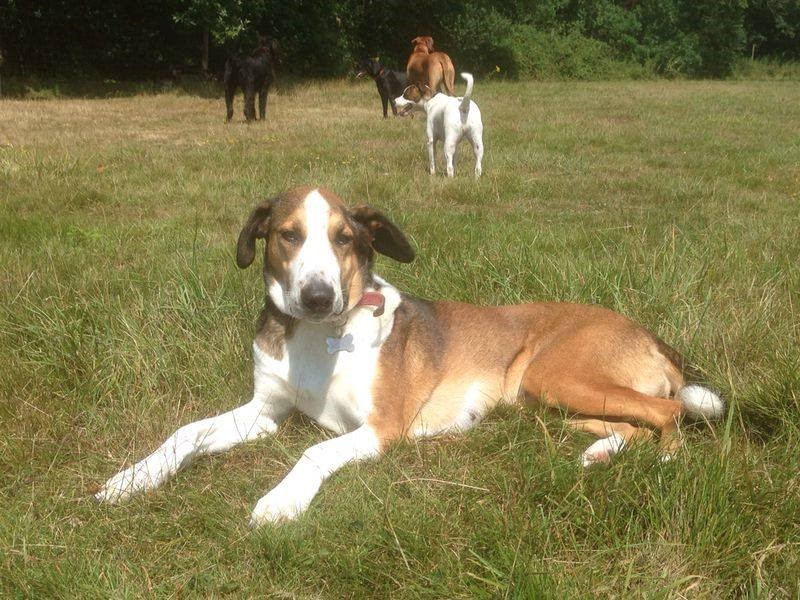 Ready to give your dog a safe and fun place to spend the day? Contact Us